The IBD Remission Diet is ideal for anyone with Crohn's disease, ulcerative colitis, diverticulitis or severe irritable bowel syndrome who has had enough of the drugs and surgery cycle. The IBD Remission Diet is a specialized, next-generation combination of an elemental liquid diet, with bone and veggie broths, along with tried and tested natural remedies proven to help heal the symptoms of inflammatory bowel disease (IBD).

The IBD Remission Diet is a liquid-only, bowel rest diet - it is not a selection or choice of diets, it is ONE diet only. It is a 100% natural program that combines an elemental liquid bowel rest diet with a specifically targeted supplementation plan to induce disease remission and heal the gastrointestinal tract. The only variation on this diet is to use it only half of the time, and for the other half of your diet, you consume well-tolerated foods like FODMAP or Jini's Low Residue foods.

If you're unable to eat solid foods, or can only tolerate a small variety of foods, or you want to give your bowel a focused healing spa, then you may wish to use this program to:

2.  Give intestinal fissures, fistulas and ulcers time and space to heal

3.  Heal the mucosal lining of the intestine with targeted amino acids and herbs

7.  Provide a layer of good bacteria to coat and protect the mucosal lining from toxins, parasites, fungus and damage

9.  Heal and balance the entire immune system with proven supplements

10. Gain solid weight (muscle, not fat) if underweight or malnourished

11. Thoroughly test for food intolerances and allergies with a food reintroduction program

13. Prevent relapse with a Maintenance Diet

Dozens of clinical, medical studies have shown that an elemental liquid diet like the IBD Remission Diet is as effective as steroids (such as Prednisone) at inducing remission for inflammatory bowel disease, with results in an average 3 to 6 weeks.

In fact, The IBD Remission Diet is such an effective holistic program of whole-body healing that secondary health issues are often resolved by following its diet and supplementation plan.

If you've been looking for a detailed, step-by-step natural alternative to damaging prescription drugs and surgery, that helps to induce disease remission and quick-start your return to long-term health, The IBD Remission Diet may just be the book for you.

What Is An Elemental Diet?

An elemental diet is one where EVERYTHING you consume, for a period of 3 to 6 weeks, is in completely liquid, pre-digested form. It combines protein shakes with vegetable broths, bone broths, homemade jello and certain supplements. You can do a Vegan version of the Diet, or a regular version. But know that an elemental diet requires a lot of discipline - if you 'cheat' you will not be providing the total bowel rest that is necessary for healing the gut.

Also, because your diet is completely liquid, be prepared for multiple liquid bowel movements (reduced fecal matter) throughout the day. This is not diarrhea (you will still maintain your weight, or gain weight if that is your goal) it is simply that liquid elemental diets produce liquid stool - just like a breastfed baby.

You will likely need to take time off your regular schedule, or reduce your workload significantly to do this Diet as it is a serious healing tool and root-level healing requires a lot of energy.

The other alternative to an exclusively elemental diet, is to do a half-elemental diet and then the other half of your diet consists of well-tolerated foods.

Your purchase includes 3 items designed to fast-track your learning and implementation of the Diet:

365-DAY GUARANTEE: if you purchase this book or eBook and it is not helpful, just email us for a no-questions-asked, 365-day guaranteed refund!

Keep reading for a detailed list of what's in each chapter...

Chapter One - The Story and The Vision 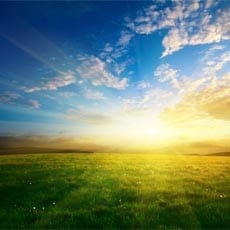 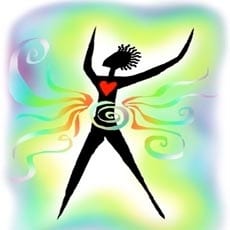 Learn about the benefits of an elemental diet, including bowel rest, optimum nutrition, the healing of intestinal inflammation, healing of the mucosal lining, and a gentle detoxification. Jini offers specific instructions on how long to stay on an elemental diet, the best methods to mix elemental liquid diet shakes, how many shakes to drink per day, allowable foods, and using an elemental diet while pregnant. 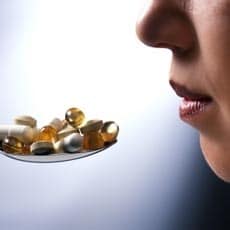 Each of the recommended supplements in The IBD Remission Diet have been chosen for their specific action on the immune and digestive system. Learn which supplements to take, when to start them, how and how often to take them, and how to use Jini’s Healing Implant Enema to treat colonic bleeding. The chapter ends with a recipe for the IBD Remission Diet Shake, including supplements. 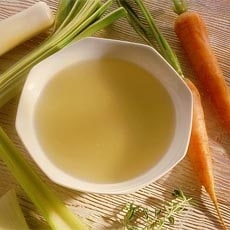 Delicious and nutritious recipes to give you added nutrients and as much taste variety as possible on an elemental diet, including bone broths, chicken broth, steak broth, mushroom broth, vegetable broth, Bieler broth, natural jello, and liquid diet shakes. 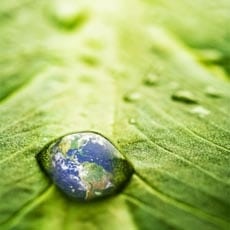 As most people with inflammatory bowel disease (IBD) or irritable bowel syndrome (IBS) have food intolerances, Jini gives detailed instructions on re-introducing foods and testing for allergies and intolerances in this chapter. Learn which undesirable reactions to watch for (pain, increased mucus, bloating, heartburn, hives…), and what to do should you experience them. Jini introduces two handy, easy to use tools for testing for food allergies – a food diary and the Coca Pulse Test. 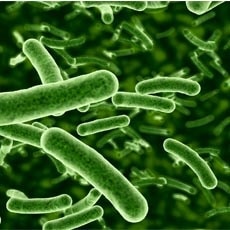 If you have inflammatory bowel disease (IBD) or irritable bowel syndrome (IBS), chances are very good that you have an infectious component to your illness – such as an overgrowth of bad bacteria, yeast, fungus, viruses and/or mycobacteria. Jini provides a potent anti-pathogen protocol that has been trial-tested and proven to be well tolerated and effective by thousands of people with colon and bowel disorders. Read on for important information on healing abscesses and fistulas, and Jini’s very strong opinions on colonoscopies. 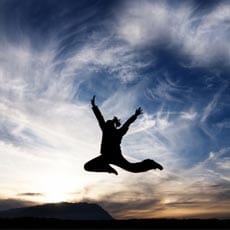 Once you’ve cleared your gut symptoms using the IBD Remission Diet and identified your food allergies and intolerances, you will want to maintain your newfound gastrointestinal health. This chapter provides you with guidelines to manage the top three factors involved in long-term well being: emotional (mind/body) health, physical fitness, and a healthy diet. 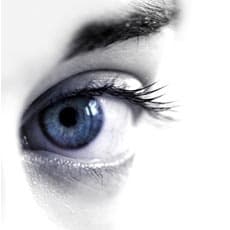 To pull things together and make regaining your bowel and colon health as easy as possible, Jini concludes with a step-by-step Action Plan to help you implement the IBD Remission Diet, including a Checklist, a Timeline, and some practical Questions and Answers.

Feedback on The IBD Remission Diet

"In children with active Crohn's disease, exclusive nutritional therapy shows a more rapid effect than steroids in inducing clinical remission and is markedly more effective than steroids in producing healing of mucosal inflammation."
Dr. Robert Canani, MD
"THE IBD REMISSION DIET has been a dramatic, positive step forward in what I see as an ongoing healing process. I followed the diet for two and a half weeks then tapered off the shakes gradually over the course of another one and a half weeks. Within the first week of returning to solid food I experienced the first solid bowel movements I had had in almost a year. My digestion was quiet and painless and food was properly broken down. My energy levels stayed up and my weight has stayed on. Although I may experience flares again in the future, the fear factor is almost gone now that I know I have a powerful tool for managing them that will not cause horrible side effects or damage my immune system. I would highly recommend this diet for anyone with gastro-intestinal problems or anyone seeking a balanced, natural approach to long-term health."
E.D., Ontario
"I had been suffering from chronic constipation, heart burn for the last 20 years. No bowel movements without the help of laxatives. I had food allergies of all kinds that I was only eating vegetables. i was losing weight and going unhealthy. So I read the IBD remission diet and decided to give it a try. I implemented the diet for 8 weeks. I started Feb 22, 2012 and ended April 17, 2012. Its been 10 days since I ended but I can see that the heart burn or acidity is completely gone. I am having bowel movements without the help of laxatives. when I started the diet I was only 119.8 pounds, end of the diet I was 130.2 pounds!!! I was always cold, that is gone. My craving for sweets is gone. My energy level has gone up. I couldn't exercise before because of chronic fatigue but during the diet, the 11th day into the diet, I started exercising and now I am continuously going to the gym, gaining some muscles :). I don't feel bloated or have any gas issues now. I did the wild oregano oil protocol during the diet. I am sure that killed a lot of bad bacteria, which I could feel in my body. I know a major healing has taken place. now I need to maintain it. Thanks a million to Jini. Now I know why God led Jini through Crohn's, so she could develop a diet for her and millions who is suffering of various ailments."
V.J., Texas

"Having recently undergone the second of two major surgeries for severe ulcerative colitis, I decided to follow THE IBD REMISSION DIET for two weeks with the goal of restoring balance to my gut, losing some weight, and generally "detoxifying" my system. After following the Diet, my digestion has vastly improved and I have had no blockages at all. This has led me to question whether my surgeries might even have been averted had this elemental diet program been available to me earlier."
C.S., Ontario
These statements have not been evaluated by the FDA. This product is not intended to diagnose, treat, cure, or prevent any disease.

Here's a common question I get: "How does this book differ from LISTEN TO YOUR GUT, which I already have?"

THE IBD REMISSION DIET was written in response to readers of my first book (LISTEN TO YOUR GUT), who wrote in asking for more detailed instructions on following the Bowel Rest Elemental Diet outlined in Chapter 3 of that book.

LISTEN TO YOUR GUT is a comprehensive compendium of a variety of natural, alternative therapies that work to address specific symptoms of IBD and IBS. THE IBD REMISSION DIET however, focuses on just one of those natural therapies (the elemental diet) and then adds a natural supplementation plan to produce an effective program for inducing disease remission.

Whilst LISTEN TO YOUR GUT provides you with a variety of treatment options and you put together your own plan based on your individual symptom profile, THE IBD REMISSION DIET is a set, step-by-step treatment program that is the same for everyone - the only variable is the length of time you stay on the Diet.

THE IBD REMISSION DIET is definitely the fastest way to heal yourself, but it requires a lot more self-discipline and involves short-term, radical change. You can also attain solid, long-term healing using LISTEN TO YOUR GUT but it usually takes longer to achieve the same results - as you pick and choose from the therapies listed and go at your own pace. So choose the book (healing program) that fits best with your personality. Both contain very valuable information and healing tools for healing Crohn's, Ulcerative Colitis, Diverticulitis and Irritable Bowel Syndrome (IBS).

These statements have not been evaluated by the FDA. This product is not intended to diagnose, treat, cure, or prevent any disease.

LTYG Podcast - All About Elemental Diets with Jini Patel Thompson

LISTEN TO YOUR COLON: The Complete Natural Healing Guide For Constipation (Softcover) - by Jini Patel Thompson